The thoracic cage is mostly formed by the twelve pairs of ribs.

In general, the ribs can be categorized into two groups: 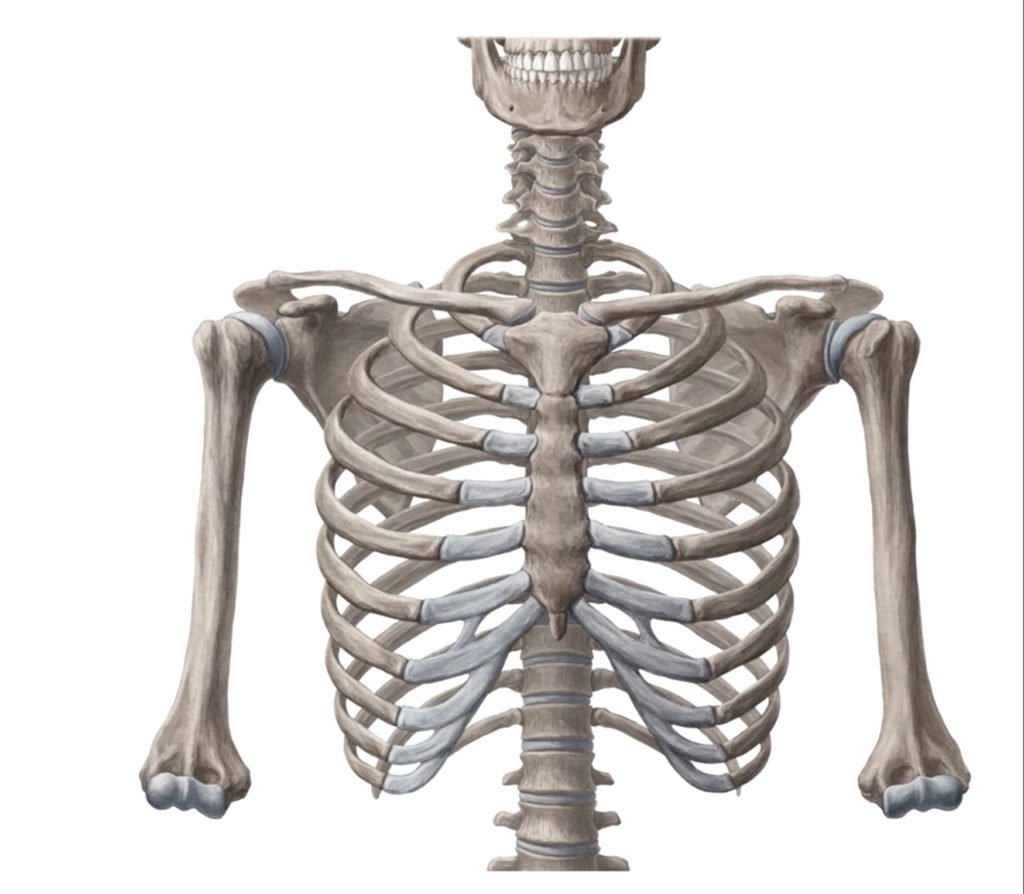 Classification based on articulations

Ribs 1 – 7 are true ribs (vertebrosternal ribs) because the costal cartilage from each of these ribs attaches directly to the sternum.

The last two false ribs (11–12) are also called floating ribs (vertebral ribs). These are short ribs that do not attach to the sternum at all. Instead, their small costal cartilages terminate within the musculature of the lateral abdominal wall.

Classification based on structure

Ribs 3-9 are classified as typical ribs.

The ribs have different components which start from posterior to anterior. The structures of typical ribs are:

Commonly unremarkable! It is stout – fat and thick. It gives attachment to the costotransverse ligaments.

This is a bony prominence (in other words – bump) between neck and body and projects posteriorly. It has a smooth articular part which attaches to the transverse process of the corresponding vertebrae, and a roughened non-articular portion which forms the attachments for the costotransverse ligament.

Also known as the shaft. It is thin, flat and curved. The shaft has the greatest degree of curvature at its angle of rib or costal angle which is  just lateral to the tubercle. The angle of the rib will align with the medial border of the scapula in the anatomical position, and marks the attachments for some muscles of the back. If you look at the internal concave surface of the shaft there is a shallow costal groove inferiorly for passage of nerve and blood vessels.

The first rib is the shortest, widest and thickest rib. It only has one articulating facet and articulates with the T1 vertebra body – there is no thoracic vertebrae above it. The superior surface is marked by two grooves for subclavian vessels – laterally for subclavian vein and medially for the subclavian artery. They are separated by The scalene tubercle which gives attachment to the anterior scalene muscle.

The second rib is thinner and  slightly longer than the first rib. The main atypical feature of this rib is the roughened tuberosity on the superior surface which also function as attachment for anterior scalene muscle.

Just like the first rib, the 10th rib also only has one articulating facet with T10.

Both these ribs only have one articulating facets for their corresponding vertebra – T11 and T12 respectively. Additionally they have no neck and no tubercles.