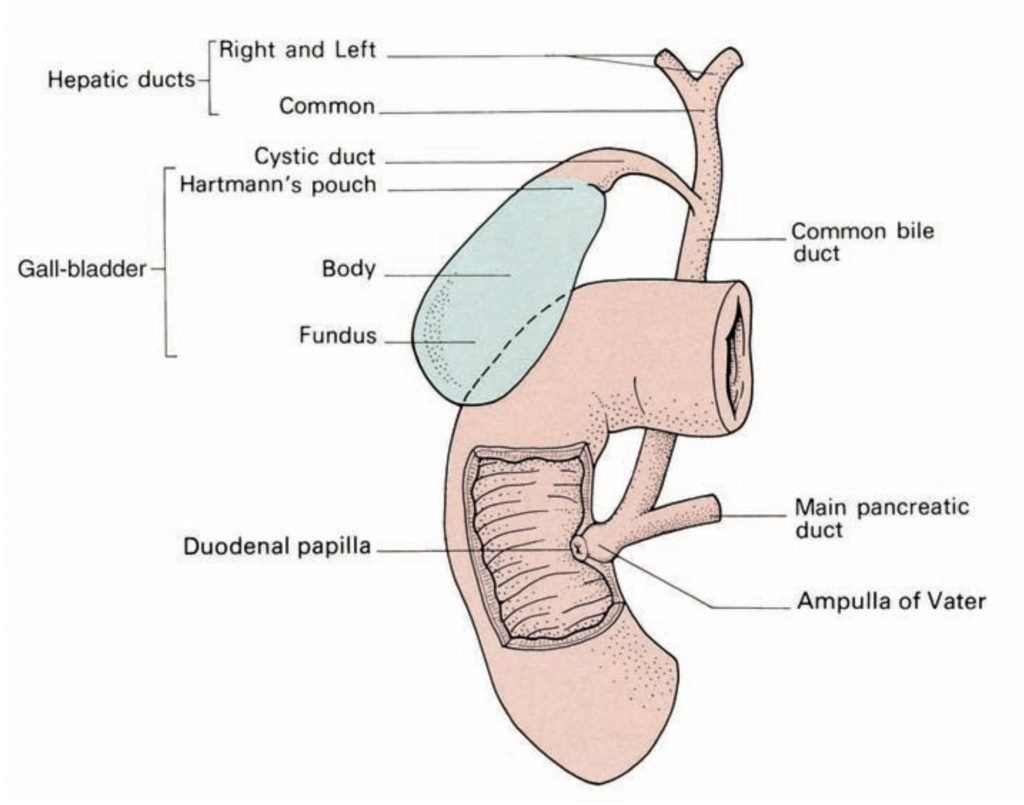 The common hepatic duct (CHD) is joined on the right side by the cystic duct (from the gallbladder) to form the common bile duct (CBD) in the free edge of the lesser omentum.

The CBD descends posterior to the first part of the duodenum and lies in a groove on the posterior surface of the head of the pancreas.

The intrahepatic bile ducts are branched into eight segments, which correspond with the eight segments of the liver as defined by Couinaud. These segments are fairly constant but there is considerable variation in the arrangements of their junction or confluence.

The intrahepatic ducts can be normally visualised in up to 40% of normal people on contrast enhanced CT or ultrasound.

The intralobular ducts which are the ducts formed from each segment, merge to form two main intrahepatic trunks from the right and left lobes of the liver.

The right and left hepatic ducts are up to 3 mm in diameter. The segmental ducts are smaller and taper to the periphery.

The cystic duct runs posteriorly and inferiorly from the neck of the gallbladder for 3-4 cm within the right free edge of the lesser omentum, at which point it merges with the common hepatic duct (CHD) to form the common bile duct (CBD).